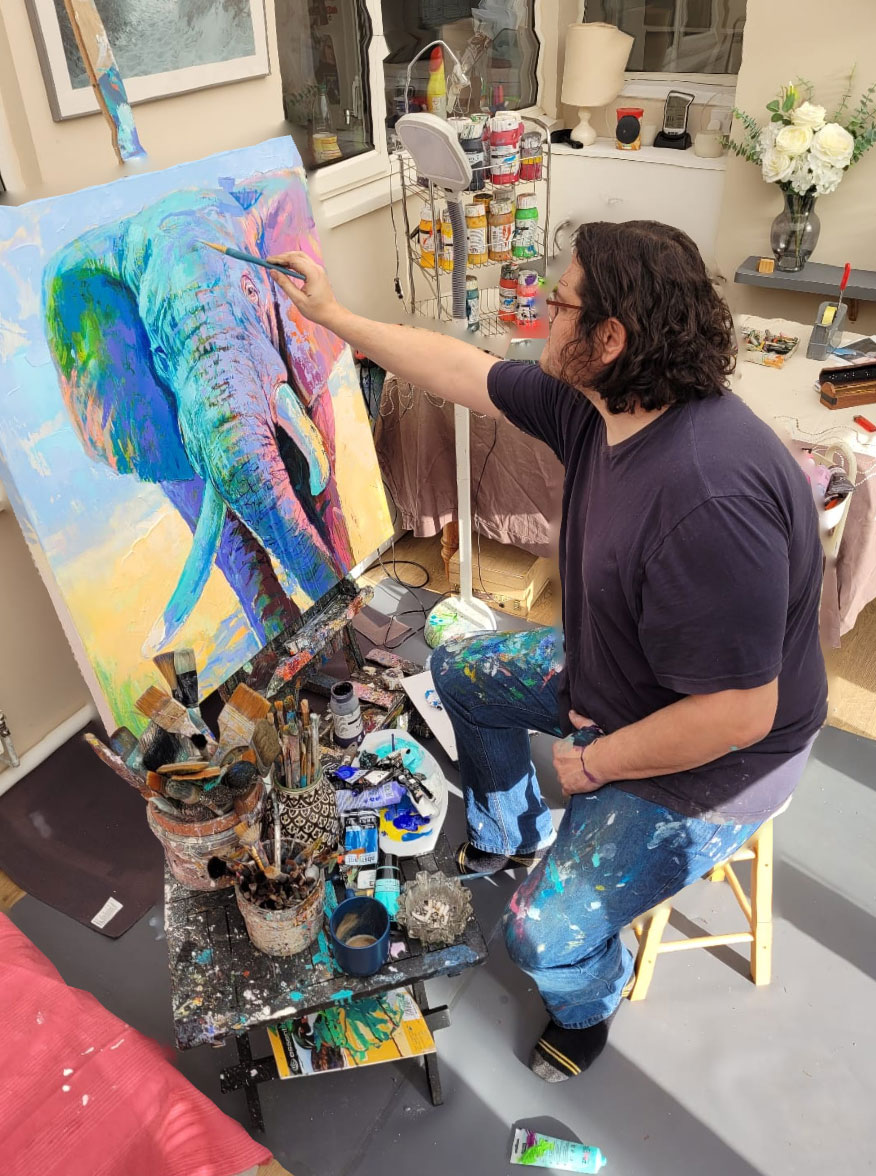 Born in Nottingham in 1982, Buster always felt drawn to nature, wildlife and spirituality. By combining these loves with his natural talent for drawing and painting, he creates stunning, original artworks.

Buster studied at Lincoln University and completed a Ba Hons in Illustration with 1st class honours. He was always the last student in the studio, working on something new and magical, for he loved nothing more than to create and submerge himself in his work.

Buster follows his intuition whilst painting and lets his heart and his paintbrush guide the way. His art has been considered to be anthroposophical in nature and he seems to capture the very soul of the subject he paints.

Through difficult times, Buster has always been able to turn to painting as a creative outlet. It was through his love of art that he discovered that only he could influence his own feelings.

Through his art, Buster projects love with every brushstroke to the rest of the world. His paintings reflect that love and joy and Buster hopes that through his art, he can inspire others to be more loving to one another, to all creatures and to our planet.

Buster currently works from his studio in Nottingham City Centre where he creates his abstract, contemporary animal portraits. He has gained recognition and a large online following which grows on a daily basis and now has artworks in client’s homes and businesses both nationally and around the world.

Into the Dawn Canvas

by Buster Fisher
£85
Add to bag

Wade in the Water Canvas

After the Storm Canvas

Up in the Clouds Canvas

by Buster Fisher
£95
Add to bag